Many people understandably assume rural Cambridgeshire is Conservative but elections in South Cambs last May saw years of Tory
rule brought to an abrupt end. 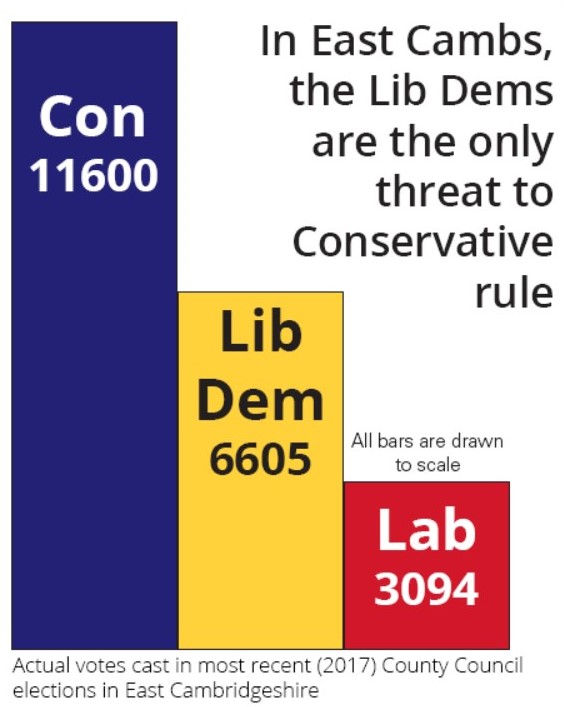 Meanwhile the Labour Party, which won only two seats out of 45 in South Cambs, is even weaker in East Cambridgeshire, not having won a seat here since before the millennium.