Last October East Cambs District Council rejected Lib Dem calls to investigate civil parking enforcement to address the problems of illegal parking which blight the district. Rather than adopt the scheme used by almost every other council in England, the Tory led district council chose to call on volunteers to take on parking enforcement under the supervision of local police. 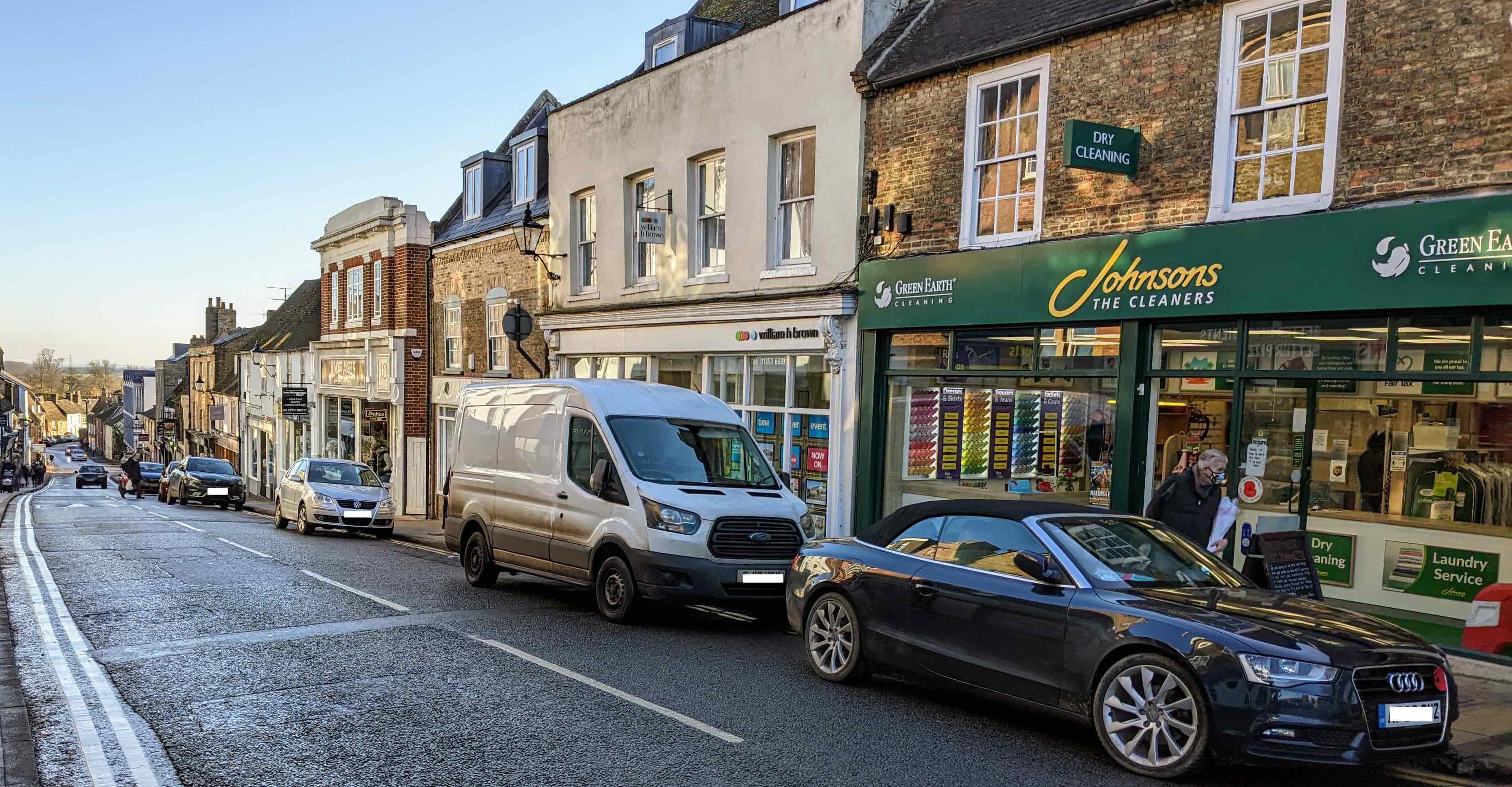 This was Fore Hill in Ely last Saturday afternoon, a two-way street with double yellow lines on both sides. While law-abiding residents waited patiently for spaces to become available in Ely’s car parks, others chose to ignore parking restrictions believing there was little likelihood they would receive a parking ticket. And it isn’t just Ely, but across the district towns and villages face instances of illegal, and often dangerous parking.

In East Cambridgeshire parking enforcement is the responsibility of the police. Although there has been some recent improvement, nationally the number police officers is still less than a decade ago. Locally Cambridgeshire Constabulary recently cut the number of PCSOs (Police Community Support Officers). Police resources are stretched extremely thinly and as a result activities have to be prioritised. Inevitably parking enforcement sits near the bottom of the list and gets little attention.

In October 2020, district councillors debated this issue to identify the actions the council could take to introduce effective measures to tackle illegal parking across the district. At the time the Tory administration proposed two solutions. "Both proposals appeared flawed based on research undertaken by myself and my colleagues." said councillor Mark Inskip. "We were concerned that we should not rely on these two options and should also investigate civil parking enforcement, however that plea was rejected".

Just over thirty years ago Parliament passed the Road Traffic Act 1991 which first permitted councils to apply for the legal powers to take over the enforcement of on-street, as well as off-street, car parking regulations from the police. In return they would be allowed to keep the proceeds. A total of 320 out of the 327 councils have taken on these civil parking enforcement powers and employ civil enforcement officers who issue parking tickets. Three more, including South Cambridgeshire, Huntingdonshire and Fenland are planning to adopt the same approach.

Fast forward twelve months from the council meeting in October 2020 to another meeting in October last year. Council officers reported back on their investigations into the two ideas previously proposed by the council’s Tory councillors and confirmed there were legal obstacles which meant that neither idea could be implemented. They also confirmed no time or effort had been devoted to assessing the proven alternative of civil parking enforcement for East Cambs despite the earlier call by Lib Dem councillors.

The council, which previously seemed keen to tackle illegal parking, decided to hand back responsibility for addressing the problem to the police. We now have a pilot scheme which relies on volunteers issuing parking tickets on the police’s behalf when their officers are not available.

"It is of course early days for that volunteer scheme but, judging by last Saturday on Fore Hill, the initial results are not encouraging. We know there is already a proven and effective alternative, isn’t it time to seriously investigate civil parking enforcement?" said Mark Inskip.