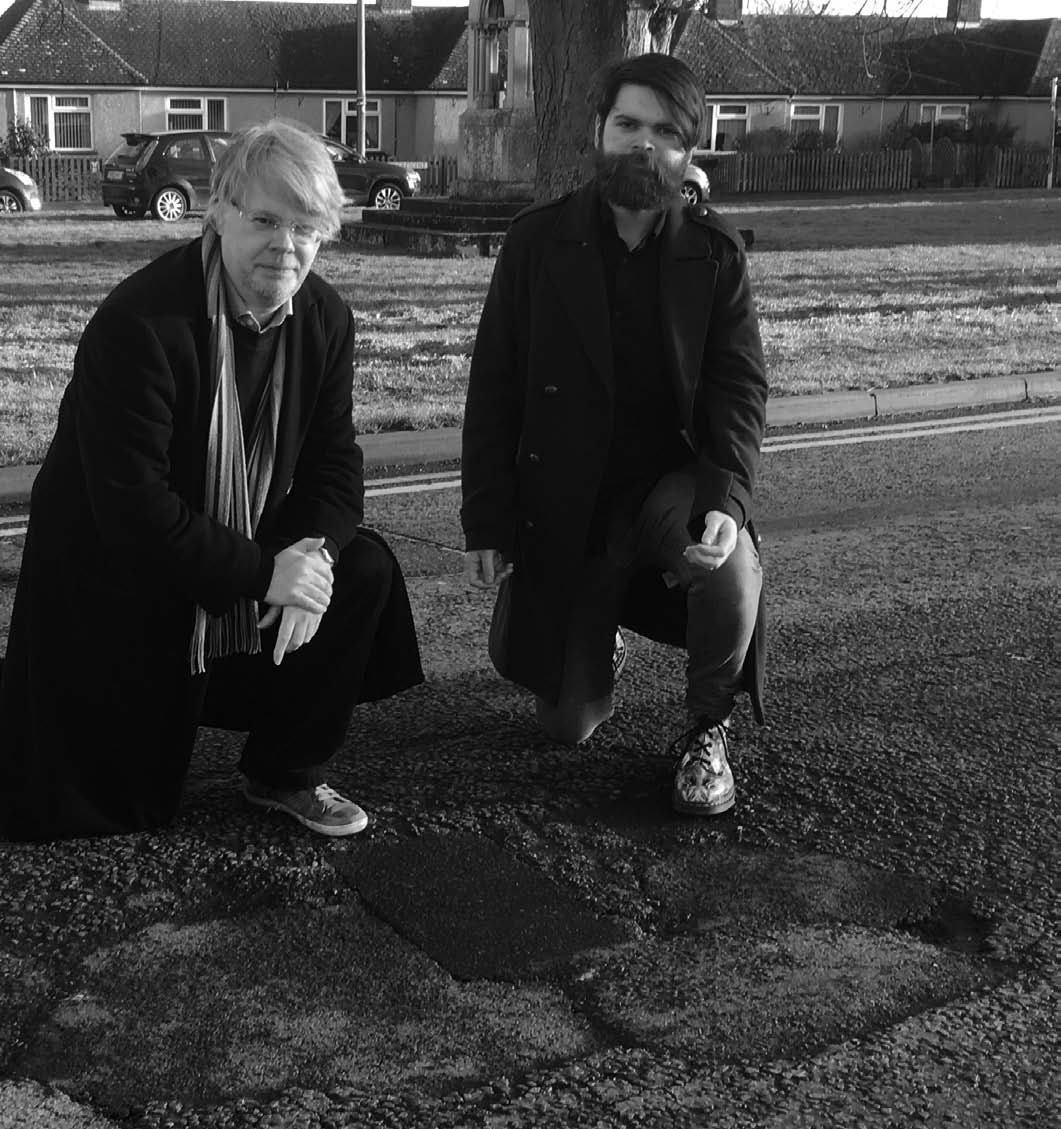 Above: “Our roads are in a terrible state”, say local campaigners Kevin Wilkins and Matt Downey. “The council should put money into fixing them not into building a new HQ.”

“The County Council has the money to spend more on fixing our roads but the ruling Conservatives want to build a brand new council headquarters instead.”

The Conservative plan is to build a brand new HQ at a cost to taxpayers of more than £18 million.

The Lib Dems would scrap this and instead would invest an extra £2 million in repairs of roads, pavements and cycle paths and more than £3 million in much-needed maintenance of school buildings in this coming year.