On Saturday, East Cambridgeshire Liberal Democrats were out at the Street Market in Swaffham Bulbeck. Led by Charlotte Cane and Connor Docwra, the Lib Dems asked local people what their view of Brexit currently is.

They ran out of little dots to record local people's views, but the verdict was clear.

Read on to find out that verdict ...

Brexit will be good for the economy

Brexit will be good for the NHS

Brexit will improve the UK's standing in the world

The Brexit negotiations are going well

I support a People's Vote on the final Brexit deal 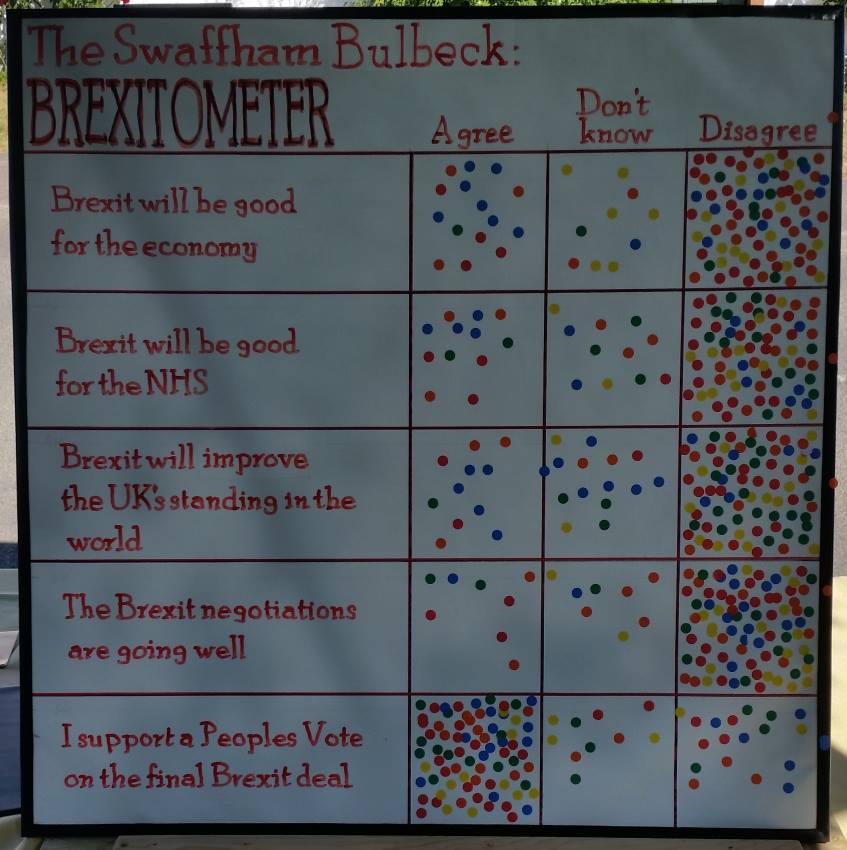